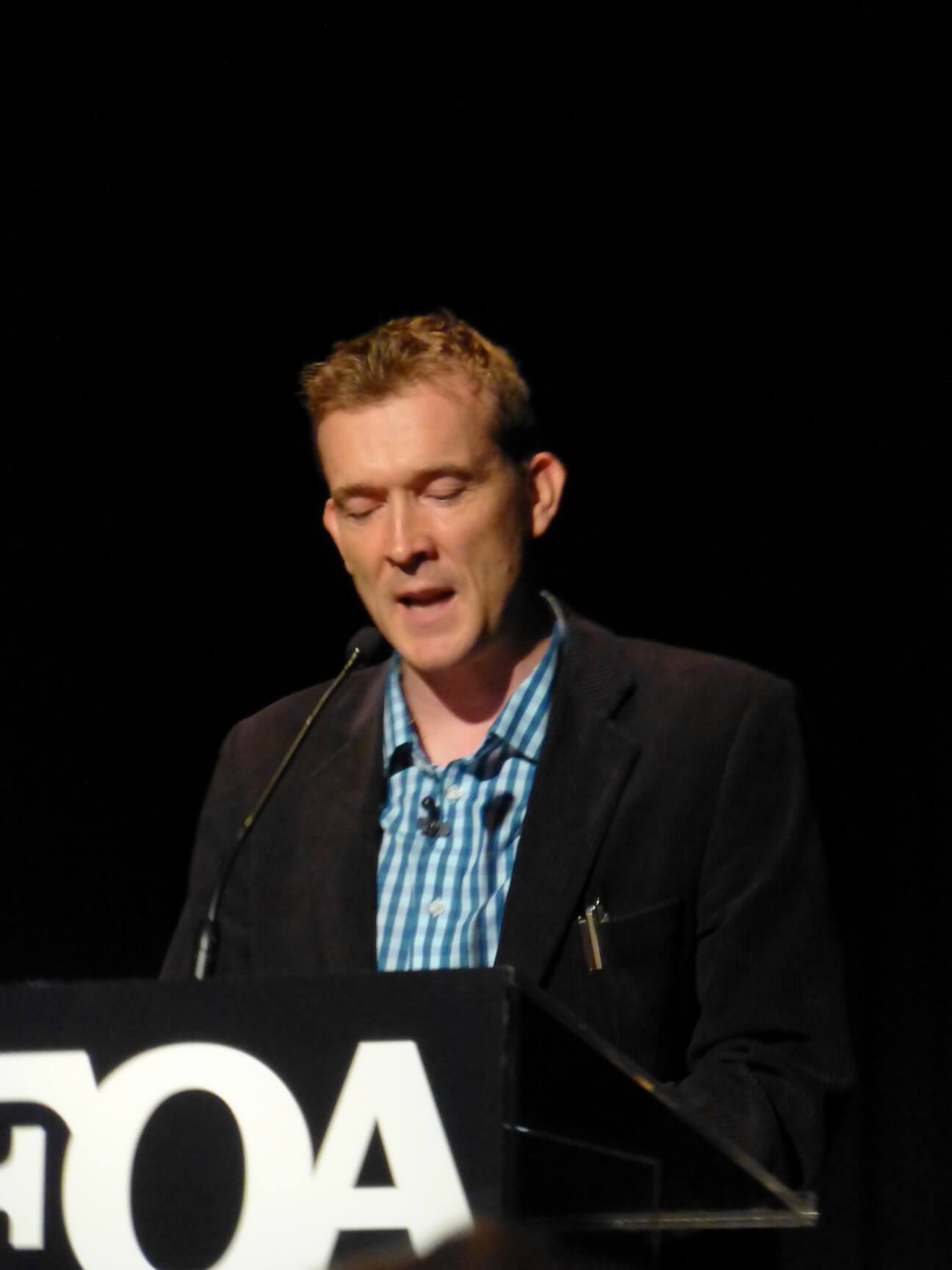 For the packed house at the International Festival of Authors yesterday, David Mitchell needed no introduction. Globe & Mail Arts Editor Jared Bland teased, “He was ranked among the top 100 most influential people in the world by Time in 2007. . . So I guess he’s getting less and less influential.” He described David’s new book, The Bone Clocks, as a “hypnotic Rubik’s Cube of a novel.” When he read his introduction to David before the event, he told us, the author said whoever wrote that “had had too many metaphors on their Corn Flakes this morning.”

END_OF_DOCUMENT_TOKEN_TO_BE_REPLACED

What a difference twelve weeks of reading, thinking, and discussion can make. I thought I had a pretty good grasp of this book from the first time round. I remembered how much of the book was about the predatory nature of human beings, and that it was an exercise in writing in different genres with different voices. I knew that the stories were barely connected (or so I thought!) and that they were possibly about reincarnation, or at least about the overall human experience.

I wasn’t wrong, but my understanding was much shallower than I realized. I began to have an inkling about that when I read David Mitchell’s Ghostwritten a year later. With so many little connections fizzing throughout that book (including appearances by Timbo Cavendish and Luisa Rey from Cloud Atlas!), I wondered how much else was going on in Cloud Atlas than perhaps I’d first noticed in just a regular reading.

END_OF_DOCUMENT_TOKEN_TO_BE_REPLACED

Part 11: The Pacific Journal of Adam Ewing (second half)

The Story So Far . . .
Here we are, back where we started eleven weeks ago, back to the interrupted passage from Sunday, December 8th. The Prophetess lands at the isle of Raiatea, part of the Society Islands (the better known of which is Tahiti). There Adam Ewing and Dr. Henry Goose are invited by Captain Molyneux and first-mate Mr. Boerhaave ashore. Adam smells a rat but goes ahead. They’ve landed at a small settlement called Nazareth, in Bethlehem Bay, which at first seems deserted. Boerhaave suggests that with twenty men and twenty muskets, the island could be there’s. Adam feels “a loamy breathlessness” and compares his vigour on the Chatham Isles to the toll the Parasite has taken on him.

The people of Nazareth appear out of the church, and the captain is introduced to Preacher Horrox, the authority in the area. Molyneux plays up the God-fearing nature of his crew, and they are invited to the Horroxes’ home for lunch. Molyneux flatters him and asks how the Indians are kept in line. They work of their own free will, the preacher claims, and Molyneux intimates that a business proposition, bringing the fruits of this Eden to Adam’s San Francisco, could be in his interest.

END_OF_DOCUMENT_TOKEN_TO_BE_REPLACED

Part 10: Letters from Zedelghem (second half)

The Story So Far . . .
October 10th, 1931. Two days have passed since Robert Frobisher‘s last missive to Rufus Sixsmith. Composer Vyvyan Ayrs has been ill for several days, which leaves Frobisher to his own devices and his own composing. Friend of the Ayrs clan Morty Dhondt takes Frobisher in his motorcar to a cemetery in Zonnebeke: it seems Frobisher has made inquiries to the War Graves Commission, who believe that his brother Adrian, killed in the charge on messines Ridge, might be buried. He looks through the graves in the F section but can find no trace and so lays his bouquet of flowers on the next closest grave, thinking perhaps that Adrian and this other soldier might have encountered one another at some point.

We also learn that the young Robert was mercilessly compared (and found wanting) to his deceased, sainted brother at home, which he’ll never forgive his parents for. He recalls how aural his brother’s letters from the front were, full of sounds of explosions, bullets, and screams.

END_OF_DOCUMENT_TOKEN_TO_BE_REPLACED

The Story So Far . . .
We last saw Luisa Rey as her car plunged into the icy waters around Swannekke Island, forced off the bridge by the nefarious assassin Bill Smoke, who works for Seaboard CEO Alberto Grimaldi. As she fights her way clear of her seatbelt and struggles to open her window to escape the car, she sees that the Sixsmith Report is ruined, hundreds of pages swirling through the dark water, and she fears she has “paid for the Sixsmith Report with her life” (p. 392).

The scene changes. Isaac Sachs is on a plane with Alberto Grimaldi. He is musing about the nature of time and memory: is the actual event that happens in the past superseded by the collective memory of what we think happened? As people who were on the Titantic die, are we left with a different version of the Titantic‘s sinking, a “virtual past” that is malleable and based upon the whims and beliefs and hearsay of the present? Does the flipside exist, a malleable “virtual future” based upon our daydreams and beliefs of what the future will hold? He proposes:

“One model of time: an infinite matryoshka doll of painted moments, each ‘shell’ (the present) encased inside a nest of ‘shells’ (previous presents) I call the actual past but which we perceive as the virtual past. The doll of ‘now’ likewise encases a nest of presents yet to be, which I call the actual future but which we perceive as the virtual future.” p. 393

END_OF_DOCUMENT_TOKEN_TO_BE_REPLACED

Part 8: The Ghastly Ordeal of Timothy Cavendish (second half)

The Story So Far . . .
From a grim future and dire consequences, we return to a yarn that seems rather more frivolous. When we parted company with Timothy Cavendish, he had suffered what seemed to be fireworks in his head. He has had a minor stroke, and takes several days in early November to regain his senses. Assuming the “little witch” he saw just before arriving at Aurora House was dressed the part for Halloween, he hasn’t been out too long, but it takes him until early December to really come back to his old caustic self. He remembers that he is not a patient but a prisoner, and that the old people around him aren’t his friends but senile fellow inmates. He begins to refer to them as “the Undead” and “zombies,” and they in turn act the part.

Attended by Dr. Upward, who seems irritated by sick people, and plagued by doubts about why his brother Denholme has left him imprisoned for over a month—for surely the joke has worn thin by now?—Tim looks for escape. He wonders if his brother has found out about the dalliance between Tim and Denholme’s wife… He finds a form of limited escape in reading, and changes his opinion of one of the few things on hand to read, Half-Lives: The First Luisa Rey Mystery. Giving the half of it that he has a thorough edit, he decides the book has great potential. “The insinuation that Luisa Rey is this Robert Frobisher chap re-incarnated” will have to go, however (p. 357). He thinks that’s just silly. 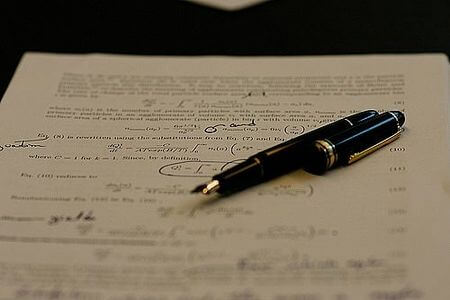 END_OF_DOCUMENT_TOKEN_TO_BE_REPLACED

The Story So Far . . .
Sonmi~451‘s interview picks up exactly where it broke off, so we are thrust somewhat violently back into the narrative. Hae-Joo Im, it turns out, is a member of Union, the dissident rebel group mentioned as a threat to Unanimity in the first part of the story. Sonmi trusts him even though he lied about his ID, and goes with him before the enforcers can reach them. They meet Mr. Chang and escape in his ford, whereupon Hae-Joo and Xi-Li cut open the tips of their index fingers and extract a “tiny metallic egg”: their Souls, with which consumers of Nea So Copros are tracked, identified by name and strata, and spend dollars. As they make their escape, their car is rammed and Sonmi wonders why the feeling is familiar. Xi-Li is hit with a Unanimity phosphate fire shot, and Hae-Joo shoots him to save him the agony of that death.

They reach the conurb of Huamdonggil, which the Archivist says is an “untermensch slum” (p. 315). This, Sonmi explains, is a place of the wretched, where consumers go when they can only afford euthanasia or to be dropped into an oubliette, where migrants hide, and where crime flourishes. It is tolerated by the government because it teaches the respectable downstrata a lesson: stay in line, or end up in a place like Huamdonggil. Once there, they enter a building and wait for the arrival of Ma Arak Na, evidently a higher-up within Union’s ranks. She is addressed by Hae-Joo as “Madam” and only appears through a ceiling hatch. Mutated or perhaps the victim of a botched facescaping, she has webbed lips and “gem-warted” fingers, and it isn’t explained why she only ever peers through ceiling hatches.