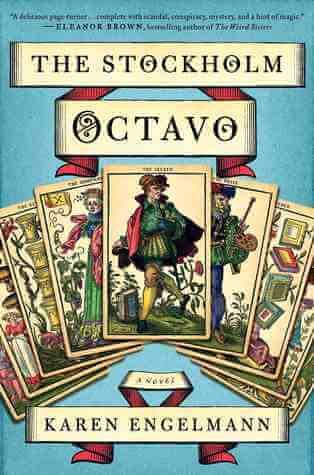 “‘Madam Uzanne, I am of the belief that this geometry can create anything you can imagine. Anything,’ he repeated. ‘In short, you may build an edifice of your choosing, a palace or a prison.’

The Uzanne smiled at him in such a way that the casual observer might think that a passionate love affair was imminent. ‘I plan to make one of each.'”

An aristocratic, powerful woman known to all as the Uzanne wants Gustav deposed and his brother, Duke Karl, elevated to the throne. The apothicaire Johanna Grey will change her history, her name, and perhaps even her morals to avoid marriage to a violent older man. The seer and card sharp Mrs. Sparrow wishes to change the dire future she has foreseen for the monarchy. And sekretaire Emil Larsson, our wily and self-involved main narrator, just wants a life that provides him with a roof over his head, a game of cards, and the occasional shipment of confiscated goods through his job at the office of customs and excise.

But Mrs. Sparrow has had a vision or two. Emil, an excellent card player, has frequented her card tables for several years and become a great asset to her. She foresees Emil on a golden path to love and connection, and she offers to lay out for him her most powerful weapon: the octavo. This tarot-like spread consists of eight cards surrounding a card representing the seeker. Each card represents a person in a particular position (the prisoner, the companion, the trickster, and so on), and these eight people are somehow connected to the seeker. All eight must be identified, for they will be integral to pushing the outcome of the seeker’s question in a particular direction. And Emil’s quest to find a wife quickly becomes tied into Mrs. Sparrow’s grander plans: she has foreseen the fall of her old friend King Gustav and she will do anything to help the Royalist cause and keep Gustav and the Swedish crown safe. 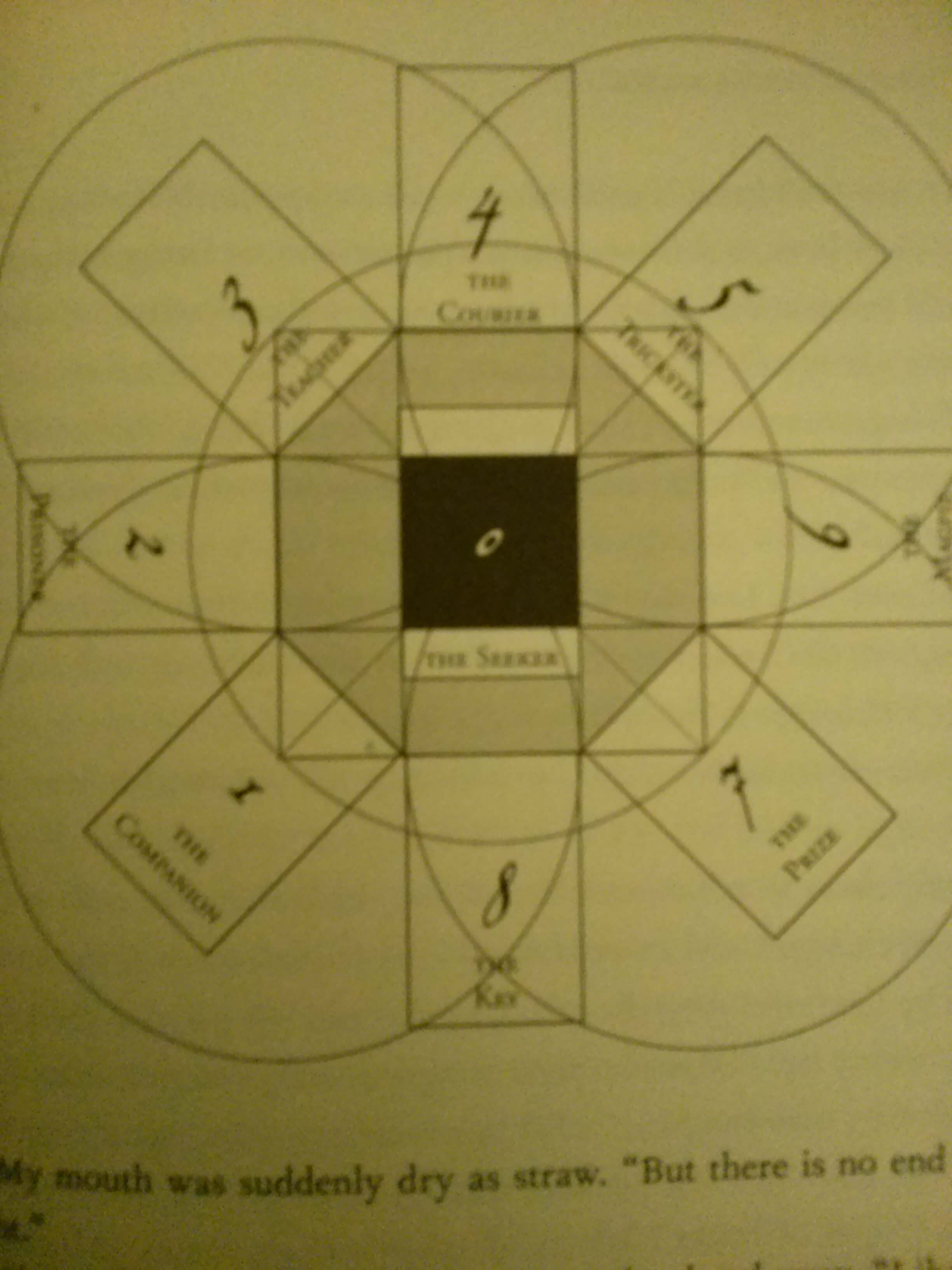 They are by turns aided and thwarted by a large supporting cast, including an eminent calligrapher, a fan maker of the highest artistry, and a young woman who will stop at nothing to do the villainous Uzanne’s bidding and win for herself the husband she desires. Mrs. Sparrow’s almost fanatical belief in the power of her octavo—she understands God to be nothing but an infinite cipher that can be accessed through divine geometry—is enough to drive her to madness, and Emil quickly becomes a believer too as he eagerly sets out to find the love and connection her vision has promised him. This fanaticism is matched by the Uzanne, a devoted collector of folding fans, and a believer in their almost magical influence in the hands of a worthy woman who knows how to make use of her fan. She will stop at absolutely nothing to avenge her dead husband and attain her darkest desire: the death of Gustav and the rise of Karl.

As you might tell, there’s a lot going on in this book. I was fascinated by the premise, the combination of obscure occultism overlaying real historical events in a lavish costume drama. The book gleefully explores a time and place I was quite unfamiliar with. It’s obviously well researched, bringing an authenticity that makes for my favourite kind of historical fiction: a window into real people living their lives according to a set of customs and social values that are somewhat different from our own. The things a lady can convey with a folding fan, for example, are jaw-dropping; the now-defunct careers, such as calligrapher or lamplighter, are a treat to see; and even the way these people deal with the cold is interesting. Most characters have never known anything but Sweden: the instinctive addition of extra clothing and the use of horse-drawn sleighs rather than carriages over winter-only paths across frozen lakes add greatly to the atmosphere.

The courtly intrigue never fails to fascinate, either; though it’s easy enough to look up what happened to Gustav, seeing the backroom dealings and nefarious plotting against him, the way some plots fall apart because of a careless word or a sudden illness, and the way other events come together, had me literally holding my breath at times.

I was at first put off by the fact that the narrative switches between Emil’s first person and the third person perspective of other players, mainly the women of the book. But the further I read and the more I came to understand the message of the octavo, the more I saw that this message is cleverly built into the structure of the book itself: Emil begins life seeing himself as totally insular. He tells Mrs. Sparrow that he doesn’t like more than three people in his life at a time, and those should be across the table playing cards with him; but we also see him desperately lonely, suffering through the holidays with no one to care for him. He doesn’t realize at first the importance of having other people in his life, of the role they must play in order for him to live fully. By switching out of his rather self-aggrandizing perspective and seeing through the eyes of many other characters, the story becomes greatly expanded and the extent to which people’s actions and choices influence one another becomes all the clearer.

The large cast and great attention to detail does sometimes work against Engelmann’s narrative, however. While discussions of exactly how a fan is made and a full lecture and practice session in its use are interesting, they slow the plot down a fair amount without actually adding much to the final outcomes; the octavo itself, which is the driving force behind Emil’s and Mrs. Sparrow’s plights, takes eight consecutive nights to lay and again slows the forward thrust of the remaining pages quite a lot at the beginning. Descriptions of rooms and dresses sometimes left me a bit glazed over in their thoroughness.

But the book is completely worth pushing through moments of lag. It presents a rich, often funny, totally immersive world to dive into. The rush toward the many different conclusions, all coming together at once, is great fun, and Emil’s evolution as a character is wonderful to watch. No easy answers are presented in the form of an obvious romantic match throughout the narrative, which adds to the intrigue and mystery that permeate the book.

For fans of intensely authentic historical fiction, of costume drama and courtly intrigue, this is a superb read. It’s a joy to get lost in the intricacies of occultism, politicking, fan-waving, and, of course, a great game of cards.

The Stockholm Octavo by Karen Engelmann, published in Canada by Ecco Books, © 2012

7 thoughts on “Cards, fans, and overthrowing a monarchy: a review of The Stockholm Octavo by Karen Engelmann”