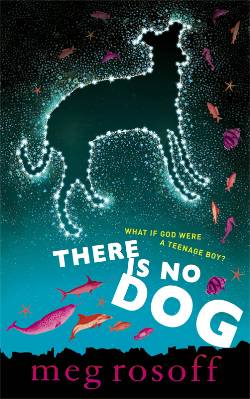 This is the glorious, zany, and often dark conceit of There Is No Dog, by Meg Rosoff. A British YA title (which is far more adult in certain aspects than a lot of North American YA), this book is at once light and dark, hilarious and serious (well, a little serious, anyway). Our God, Bob, is an eternal teenager who sleeps late, mixes up Africa and America and then blames the subsequent droughts and floods on his non-existent dyslexia, and tends to fall in love with beautiful human girls, generally with disastrous results. Bob is taken care of by his majordomo, the mild-mannered and long-suffering Mr. B, who does his best to sort out the prayers, the catastrophes, and the suffering of the humans, whales (how Mr. B loves his whales), and everyone else on this mixed-up little planet.

Bob falls for Lucy, a mortal assistant zookeeper, and his hormones jack into Earth’s weather systems and create havoc in the form of floods, sheet lightning, hail, and rising and falling temperatures. In the meantime, Bob’s pet Eck (described as a sort of penguiny creature with a long snout who eats as though his stomach has no bottom) ends up on another deity’s menu after Bob’s mother drunkenly bets the little fellow in a round of cards. Mr. B decides that at long last, he’s had enough and puts in his resignation, leaving the fate of humankind (and whalekind) in the hands of a kid who has flashes of brilliance but mostly insists that all the bad stuff that’s happened as a direct result of his negligence, his whims, or his deep misunderstandings about how things should be, is simply not his fault!

This book is, overall, a delight to read. Rosoff’s writing style is reminiscent of Douglas Adams at his most tongue-in-cheek, and she pulls of the surreal with grace and ease. She doesn’t bother us with too many unnecessary details in the back story (we don’t know who exactly these deities are or how the overarching hierarchy or governing system of the universe works, for example). She knows what she needs to tell her story, and leaves it at that.

And this book has Eck (who is of the species Eck, and who makes the sound “eck!”), who is just marvelous. Bob’s pet is endlessly entertaining for the reader. I picture him as a cross between the evil penguin from Wallace & Gromit and Max Rebo from Return of the Jedi, only with infinitely more cuddles. 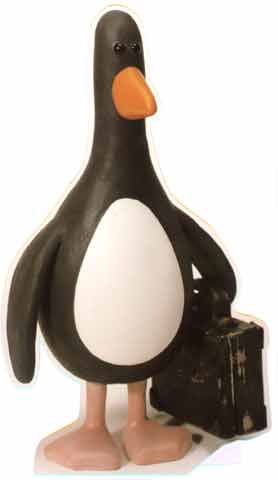 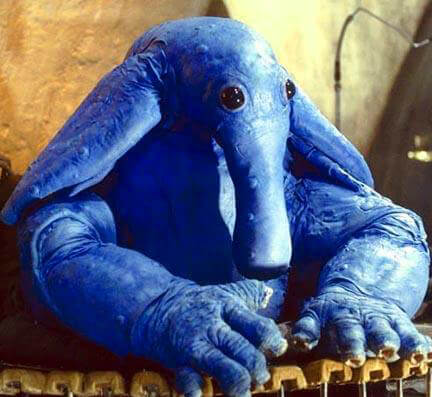 When we see the world through Eck’s eyes, as he falls rather in love with his new friend Estelle, ponders his own mortality, or finds yet another wonderful food to eat, the whole book sparkles. Eck’s is a simple and wonderful world view, and his infinite capacity to forgive and love underscores all of the problems with his owner.

Actually, all of the characters are this well created. You want to smack Bob for his teenaged stupidity but you can never quite hate him, even at his most hateful. You want to give Mr. B a sympathetic hug and a cup of tea. And you want to throttle Bob’s mother Mona for her flippancy and frivolousness. The book is saying some interesting things about bad parenting underneath its froth. Equally good are Lucy, the hapless love interest, Luke, her growly boss, and Skype, Luke’s upstairs neighbor, whose irritating teenaged upspeak (“Anyway, I can’t stay cos I’ve got tai chi this morning? You ought to come, it would do you, like, so much good?”) is so perfectly captured you’d think you were sitting next to her on the subway, hearing all of her words out loud.

The pacing is a bit uneven, dwelling on Bob’s ongoing quest to quench his lust and Lucy’s mother’s love for her priest friend longer than necessary. Switches between past and present tense, sometimes within the same chapter and even from the same point of view, are somewhat jarring as well—this kind of tense jumping can be done successfully, of course, but it’s unnecessary here. But the humour never flags, and Rosoff does a good job of drawing on a deep philosophical well for what is otherwise a fantastic premise with a fairly slight plot. Bob’s great creative act near the end is a bit too reminiscent of a few movies I’ve seen, though I won’t spoil it for you with details.

I’m a bit perplexed by the title as well. It sounds like something thought up by committee—kind of a joke, a bit of a pun, definitely meant to convey some flippancy, but it really doesn’t fit the narrative or the point of the novel. Surely there was a better name for this book, even “There is No Bob”? At least they got some lovely cover art from it.

That said, don’t let these small grievances deter you. This is a great, fun read with many snicker-out-loud moments. And if you’re like me, you’ll want to get an Eck of your very own.

There is No Dog, by Meg Rosoff, published in Canada by Doubleday, © 2011

4 thoughts on “So THAT’S why life on earth sucks: A review of There Is No Dog, by Meg Rosoff”